What Do Higher Interest Rates Mean for the Housing Market? 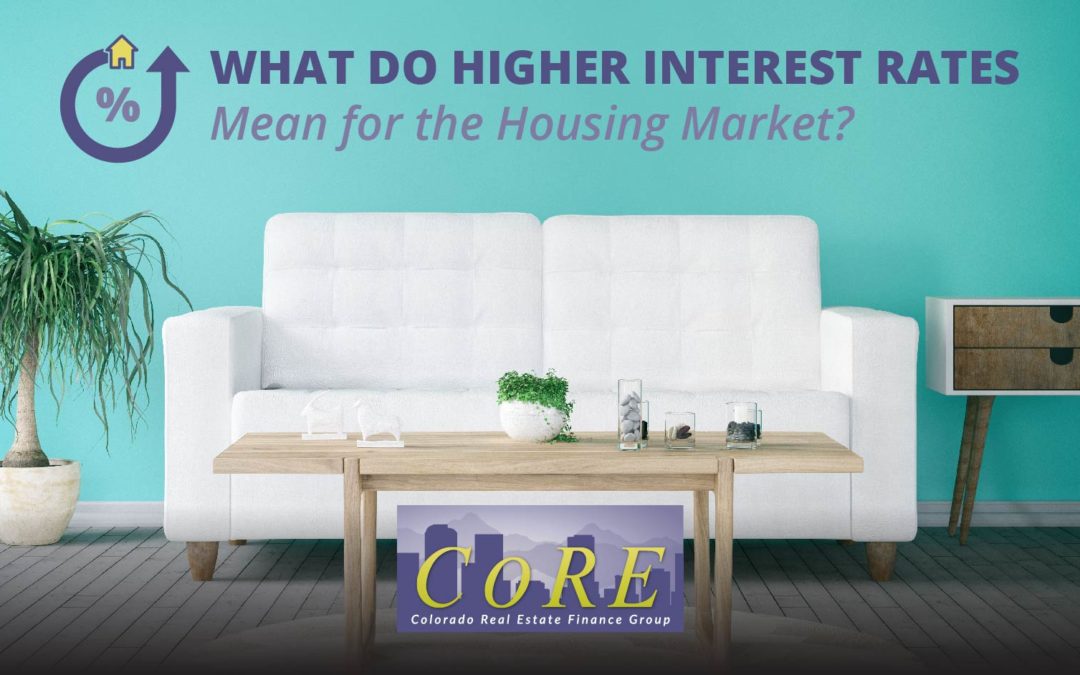 If you’ve been thinking about buying or have recently purchased a new home, you know how competitive the market has been. Part of the reason for the market’s recovery is that interest rates have been low for almost a decade. But this golden era of low rates may be slowly coming to an end.

So, the Fed made it cheaper for people to buy a home and helped the housing market recover. For the past decade, the Fed has continued to keep rates low and give people easy access to credit (including mortgages).

Welcome to Our New Economy

Now that the economy and housing market are vibrant and wages are growing, the Fed needs to slowly increase interest rates or inflation will start to go up, up, up. It’s a balancing act because low rates mean easy access to credit, but then inflation rises. And when inflation rises, everyday things like groceries start to cost more.

The Fed is expected to raise rates three times this year (and many experts expect the first of those hikes to be later this month).

The market is anticipating these increases, which is why the average mortgage interest rate has gone up for the past nine weeks, and it is now at its highest level in four years.

How Rising Rates May Affect You

So, what does this mean for you? The good news is that nobody expects mortgage interest rates to reach 5% until 2019. There isn’t any reason to panic about the direction of interest rates; in fact, these increases have been expected for a while now.

But if you’re looking to buy and are able to do it now, you’ll save money over doing it later. Any increase in interest rates means that your monthly payment is higher, which decreases your purchasing power.

Today’s home market is challenging, and higher interest rates just exacerbate those challenges. As rates rise, first-time home buyers are especially likely to have to settle for smaller homes, fixer-upper homes, and homes in less-than-ideal locations. And unfortunately, some may be priced out of the housing market entirely.

Higher interest rates also have an impact on refinance applications, since fewer loans are worth refinancing as rates go up. According to this article, about 1.4 million Americans just lost the benefits of refinancing. If you’ve been thinking of refinancing, now is the time to act!

If there’s any way I can help you get ready to buy or refinance, give me a call! I’m here to crunch numbers with you and help you make decisions that make the most sense for you.